Due to shrinking design nodes, time management between processes is required and control of wafer quality affected by oxide, moisture and atmosphere, is important. For such demands, we offer the Wafer N2 Purging as a convenient retrofit to existing stockers. N2 purging will ease the time restriction between processes and prevent yield rate decrease. 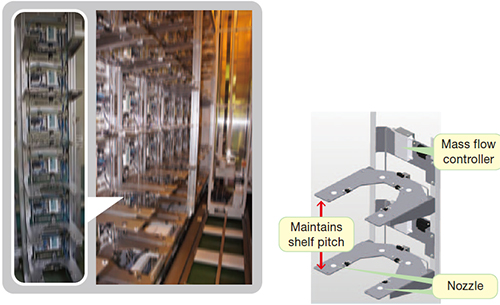